Arizona Outfitters and Guides for

Some of our Bear Hunt Photos from Long Ago! 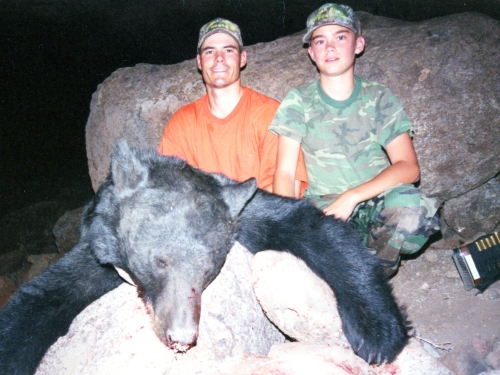 Guide Pat Feldt and youth hunter Bobby who shot this big bear at 410 yards with one shot! 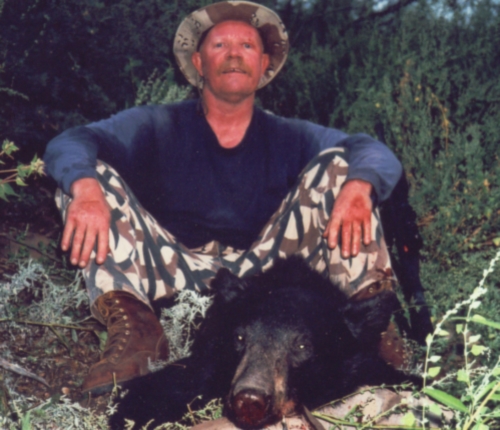 Mike shot this bear in the scrub oak thickets after his guide called it into an opening using a predator call.  The shot was 230 yards. 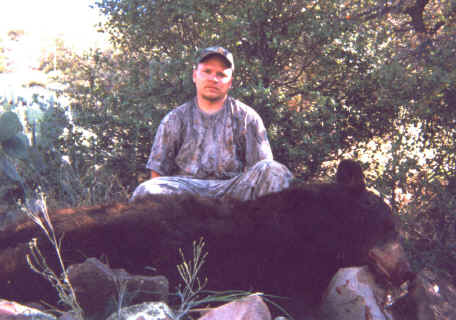 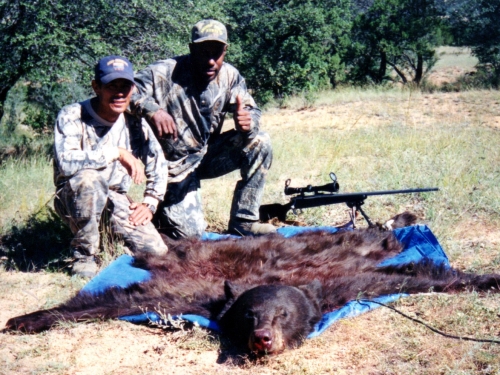 Guide Mike with hunter Joe and his cinnamon bear.  This bear charged Joe and was taken at 10 feet.  Read Joe's article. 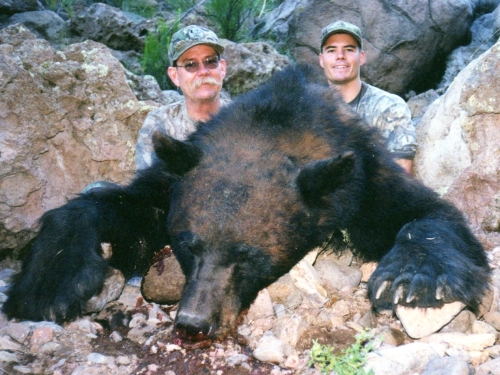 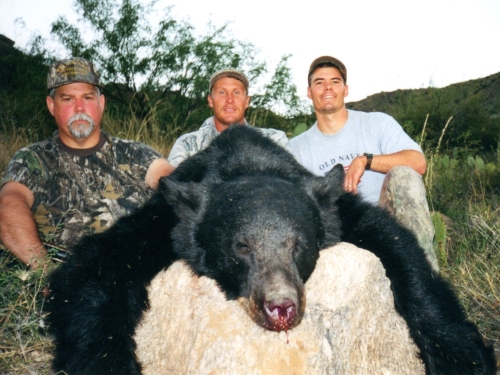 Rodney of Dallas, TX with a 6½ foot Arizona bear. 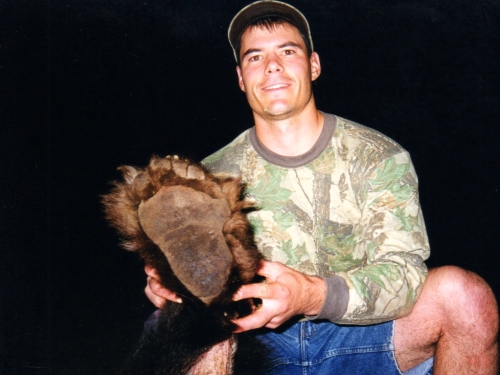 Sasquatch is down! This huge bear officially scored 21-11/16" and measured just under 8 feet! 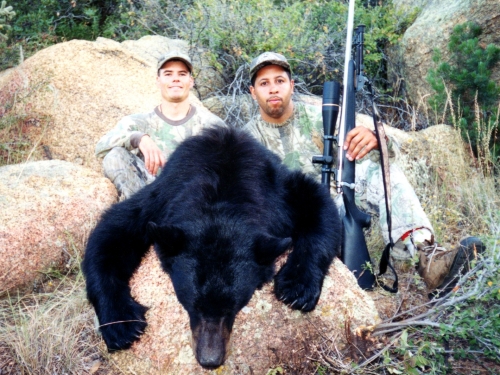 Greg of Maryland with a huge Arizona bear sow. The bear caught us off guard and had to be stopped with a predator call. 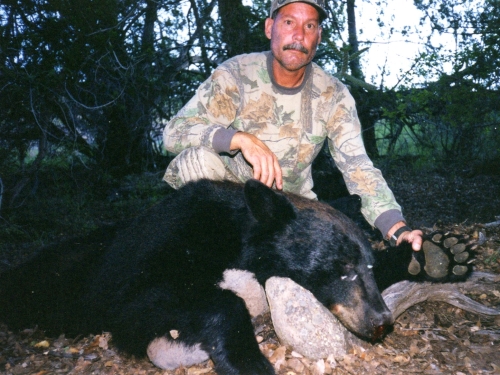 Tom with a nice black bear that was called in with a predator call. 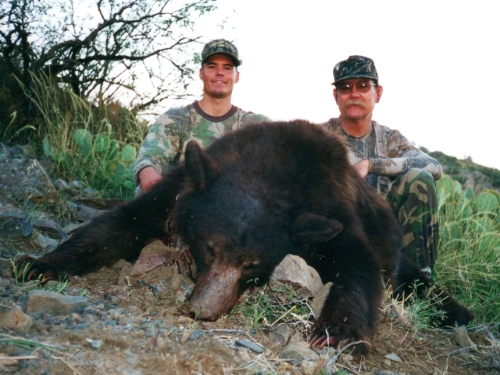 Steve from Texas with a chocolate-phased black bear.  Steve used a 7mm magnum. 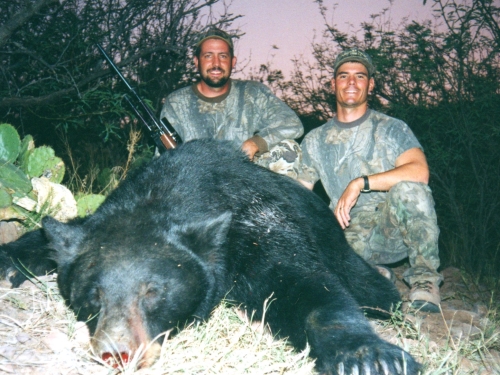 Howard and Outfitter Pat Feldt with a HUGE black bear. 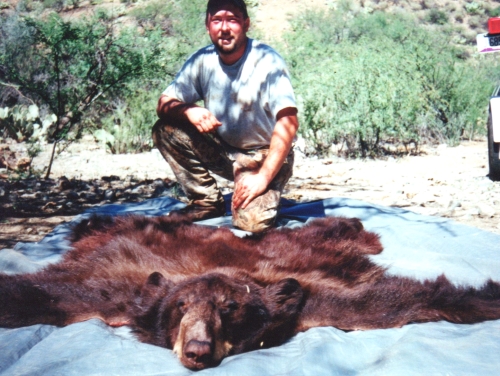 Taxidermist Gavin with a cinnamon bear that he took with us. 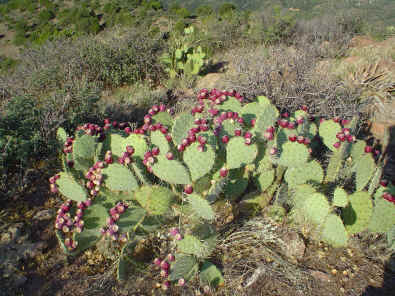 Back to Main Bear Hunting Page

Read our bear stories for more feel of our hunts.