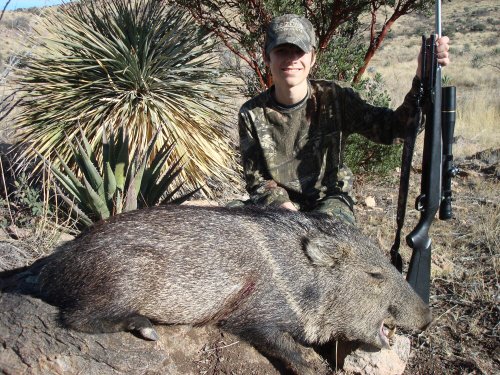 Michael and a giant javelina taken during the Junior Rifle Season.  Video of the hunt. 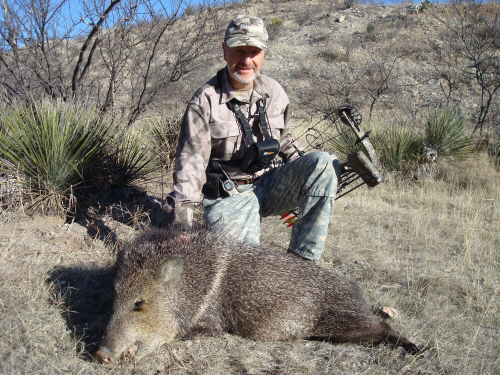 Steve with a nice javelina he shot while bowhunting.  This was Steve's first animal taken with a bow. 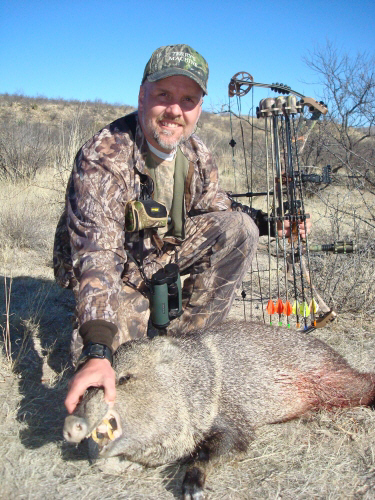 Roger shot this nice boar javelina at 31 yards with his bow. 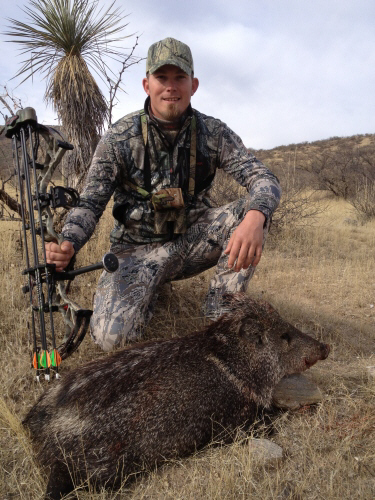 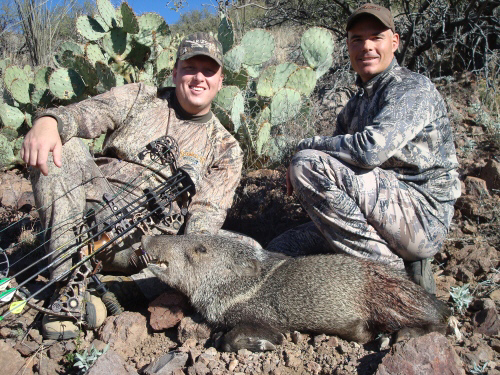 Scott and outfitter Pat Feldt with a sow javelina.  Scott stalked into 29 yards for the archery shot. 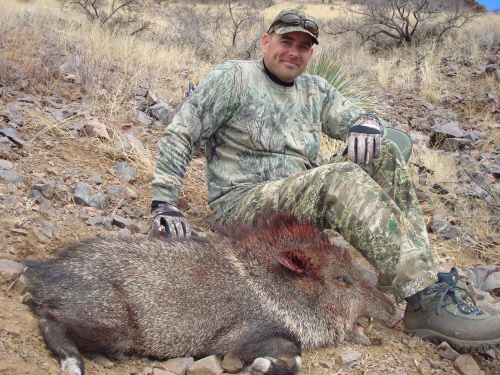 Tom with his big boar javelina.  He stalked the javelina while they were bedded and the shot was only 25 yards. 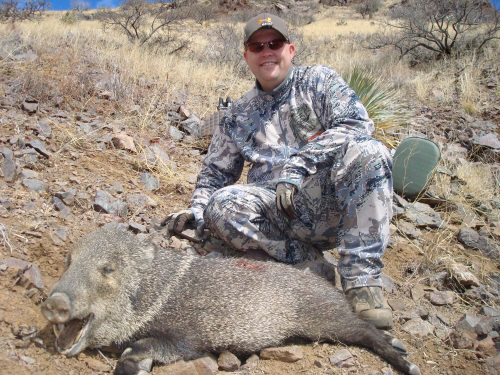 Phillip with a nice sow javelina.  Phil stalked the bedded javelina with Tom (previous photo) and also took his at 25 yards. 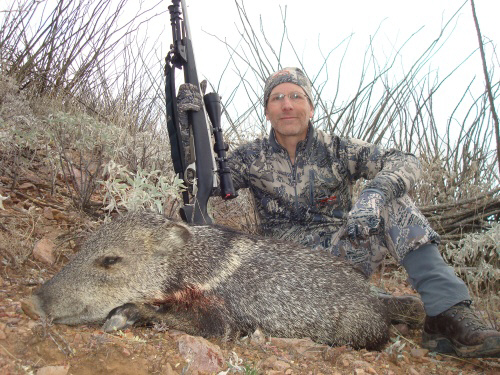 Brent made one shot to get this javelina at 252 yards using his .243 Weatherby on a bipod. 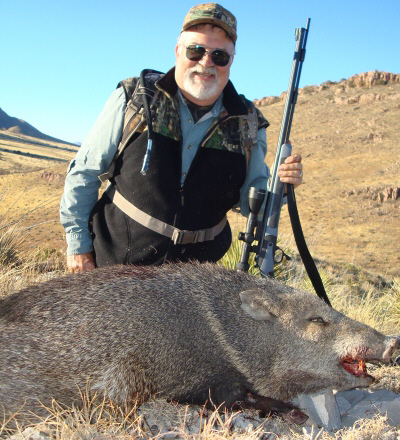 Tim from California was happy to take this big javelina using his .50 caliber muzzleloader.  The shot was 204 yards! 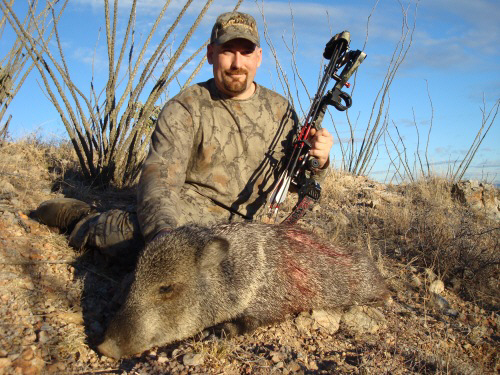 Joel from Wisconsin with an Arizona javelina. 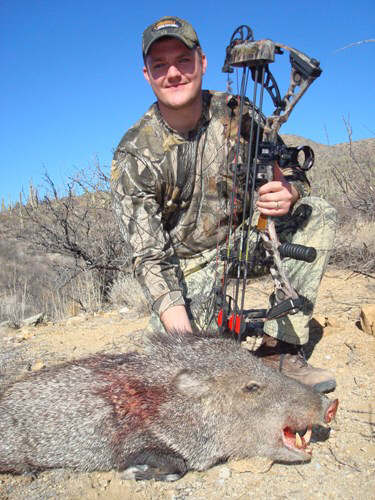 Michael from Iowa shot this javelina at 25 yards while bowhunting. 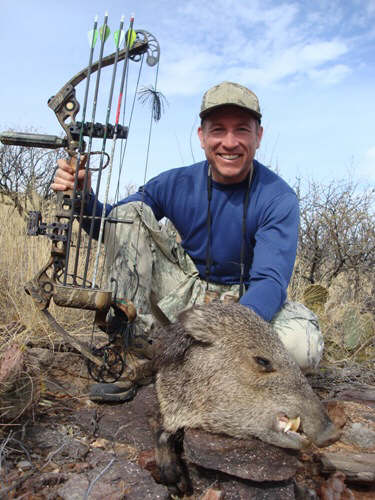 Bryce from Oregon with a nice javelina taken using his bow. 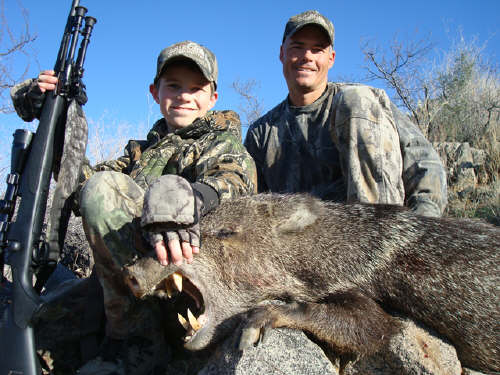 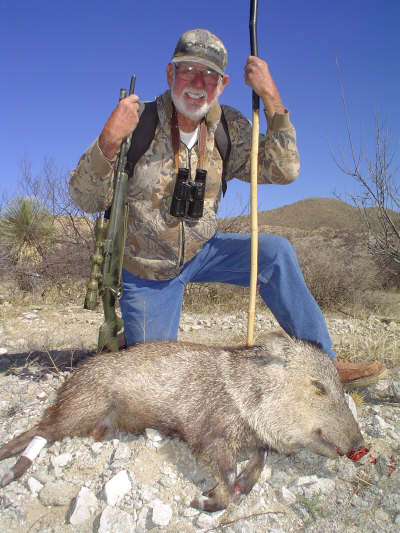 Bill shot this nice javelina and then it ran into a cave, which made it quite a challenge to retrieve

Back to Main Javelina Page